A weak refreeze of the snow surface is expected again today with above freezing overnight temperatures and clear skies.  Loose wet avalanches and cornice fall will be possible as rapid warming occurs.  MODERATE avalanche danger will exist today at all elevations.

Clear overnight skies will provide a brief and superficial snow surface refreeze due to radiational cooling.  Overnight low temperatures were in the mid 30's to mid 40's at most locations.  Rapid warming occurring early this morning will melt and break down these surface crusts quickly.  E-SE-S aspects will melt the fastest and could be wet and unsupportable by mid-morning.  SW-W-NW-N-NE aspects will have varied melt rates throughout the day.  Timing will be critical if you want, or need, to travel in avalanche terrain today.  Loose wet avalanches large enough to injure or bury a backcountry user are possible. 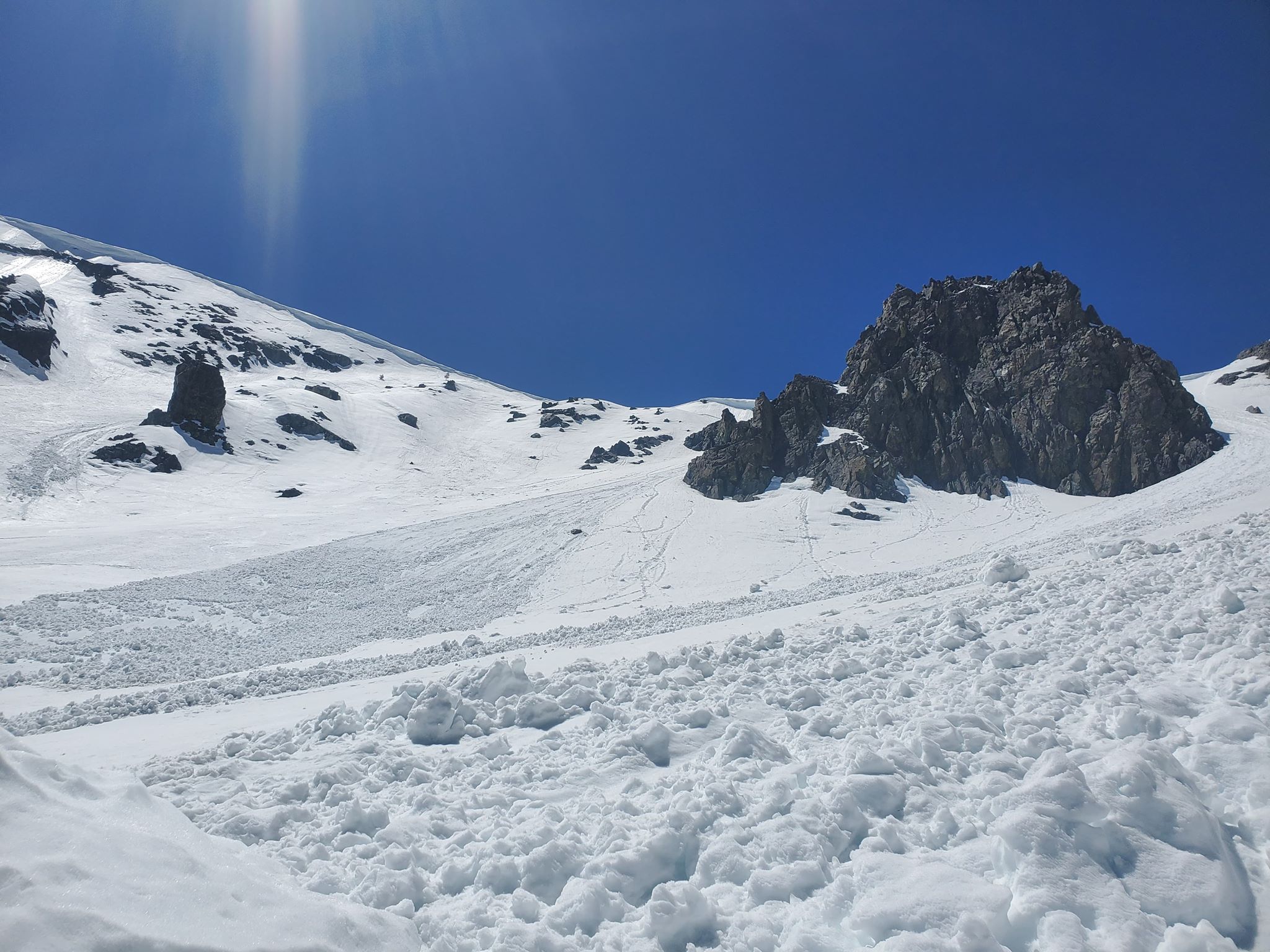 Cornice fall remains possible throughout the forecast region with a weak overnight refreeze and rapid warming today.  Large cornice blocks could break and slide downslope.  This cornice fall could also release loose wet avalanches or wet slab avalanches as they fall and load the slopes below.

Avoid areas and slopes below large cornices.  Stay well back from the edges of cornices along ridgelines and avoid any cracks that are along the backside of cornices. 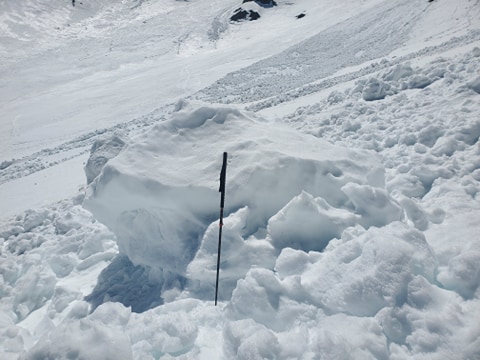 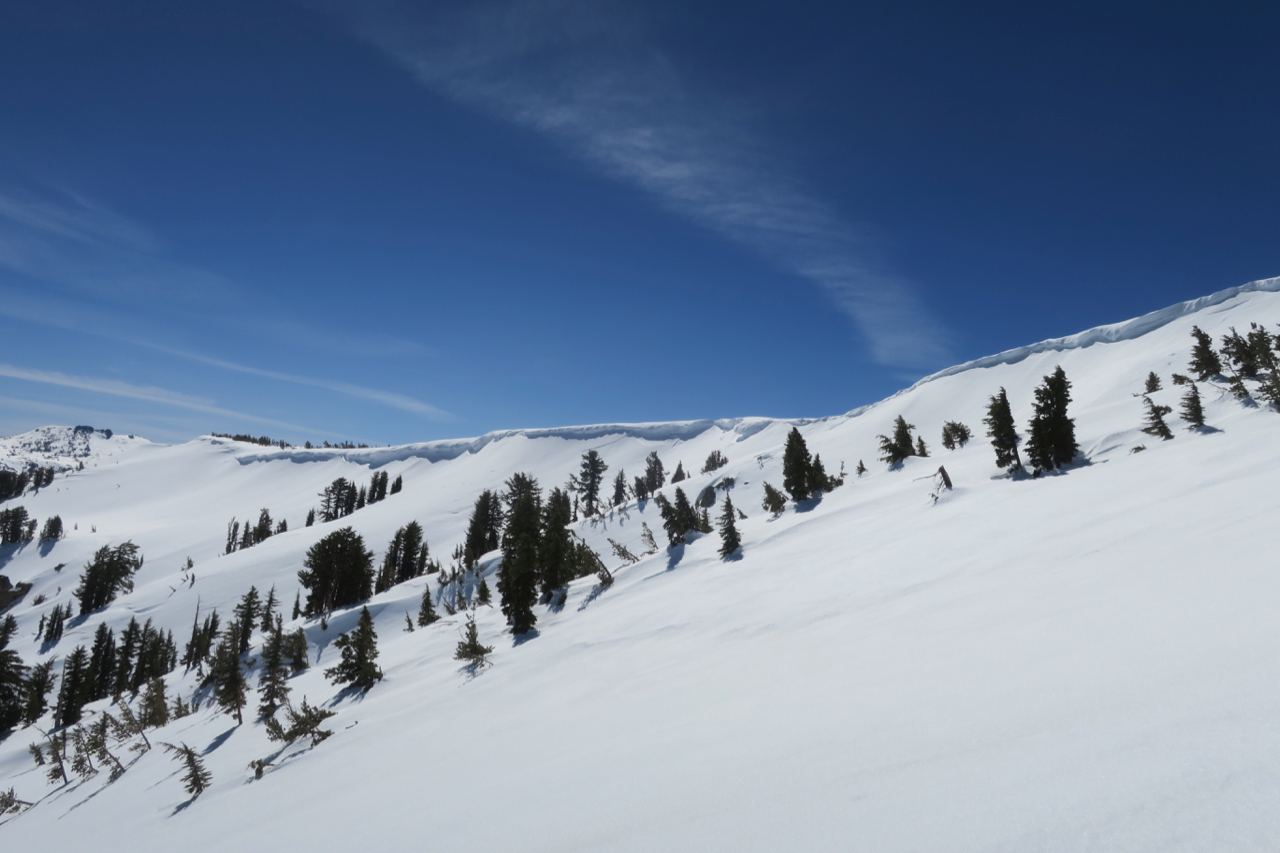 Observations from Little Roundtop, Carson Pass area, showed mostly supportable conditions into the midday.  By the early afternoon, snow became unsupportable below 8500'.  Evidence of previous loose wet avalanche activity along with cornice fall was observed in this area.

High pressure continues to build into the west with well above average temperatures and light winds expected today.  Overnight low temperatures were in the mid 30's to mid 40's, with daytime highs expected into the high 50' to 60's above 7000'.  Some cloud cover with slightly increased winds are expected this weekend with continued warm temperatures.  Quiet and warm weather continues into next week.