The storm has left unstable slabs of wind drifted snow and softer slabs of storm snow on steep slopes in both exposed and sheltered terrain. Recreating on slopes where these problems exist could trigger avalanches. Give the snowpack time to adjust to the new load before heading onto steep slopes. Plenty of nice snow exists on lower angle sheltered terrain. Expect CONSIDERABLE avalanche danger near and above treeline with MODERATE danger below treeline.

Look out for cornices above a slope, convex pillows of wind-drifted snow, scoured ridgetops, and wind created surface textures. Use this information to plan a route to avoid areas where dangerous wind slabs may lurk. Soft cold snow will exist in abundance on lower angle slopes in areas sheltered from the wind.

People recreating on steep slopes in sheltered terrain could still trigger avalanches that involve slabs of storm snow 1 to 2 ft deep. These storm slab avalanches could entrain enough snow to bury a person. They could break on weaknesses within the storm snow or may fail on the old snow surfaces. In some isolated areas, they may overload weak layers below the old snow surface. Similar to the wind slabs above, sun on slopes could make storm slabs easier to trigger.

Since the new snow may look soft and smooth, storm slabs can be hard to identify. Recent avalanche activity, shooting cracks, and test slope failures can all help identify which slopes may hold unstable storm slabs. Storm slabs tend to gain strength relatively quickly so being patient and waiting a couple of days to travel on steeper slopes can also help avoid the storm slab problem. 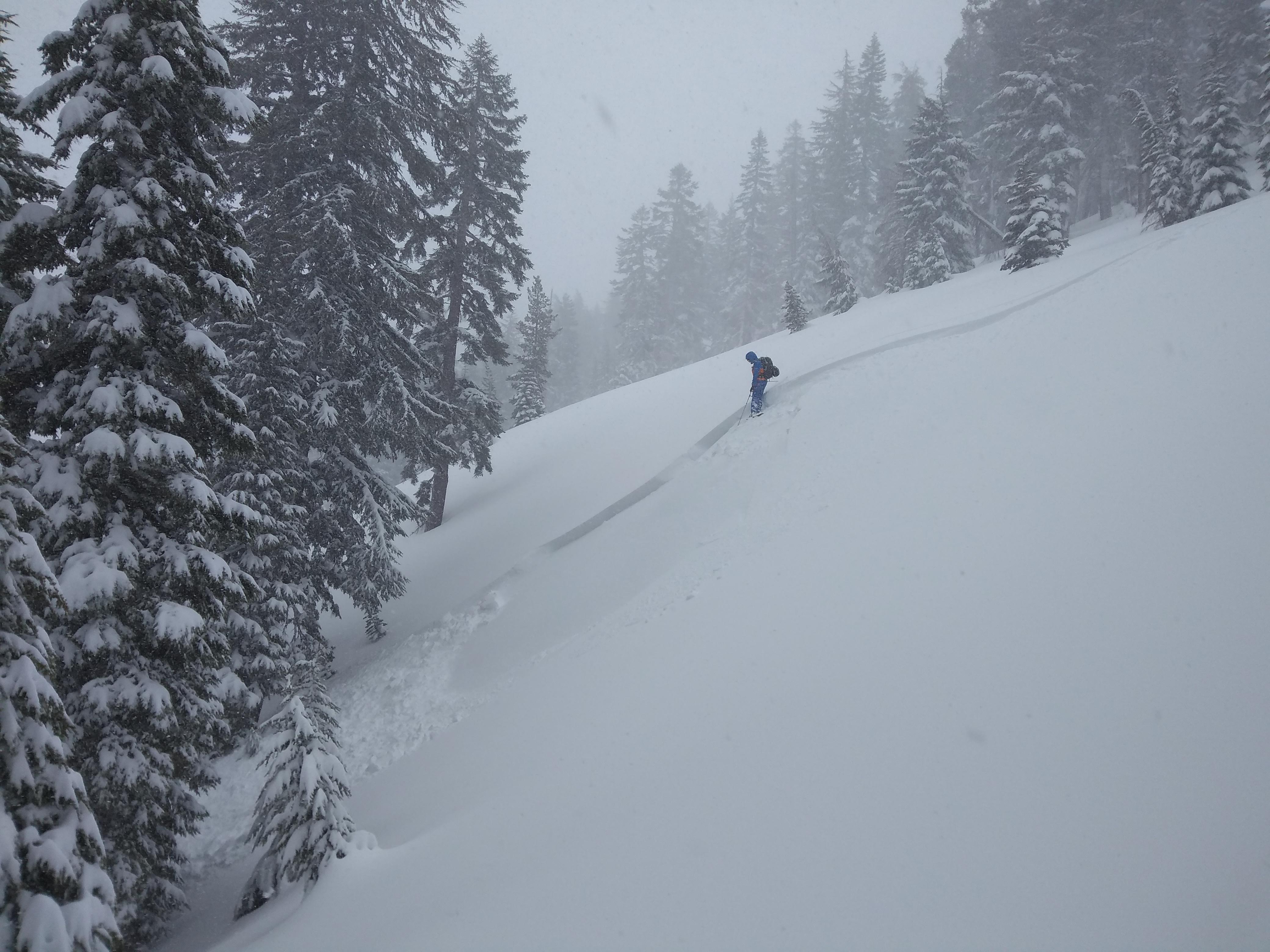 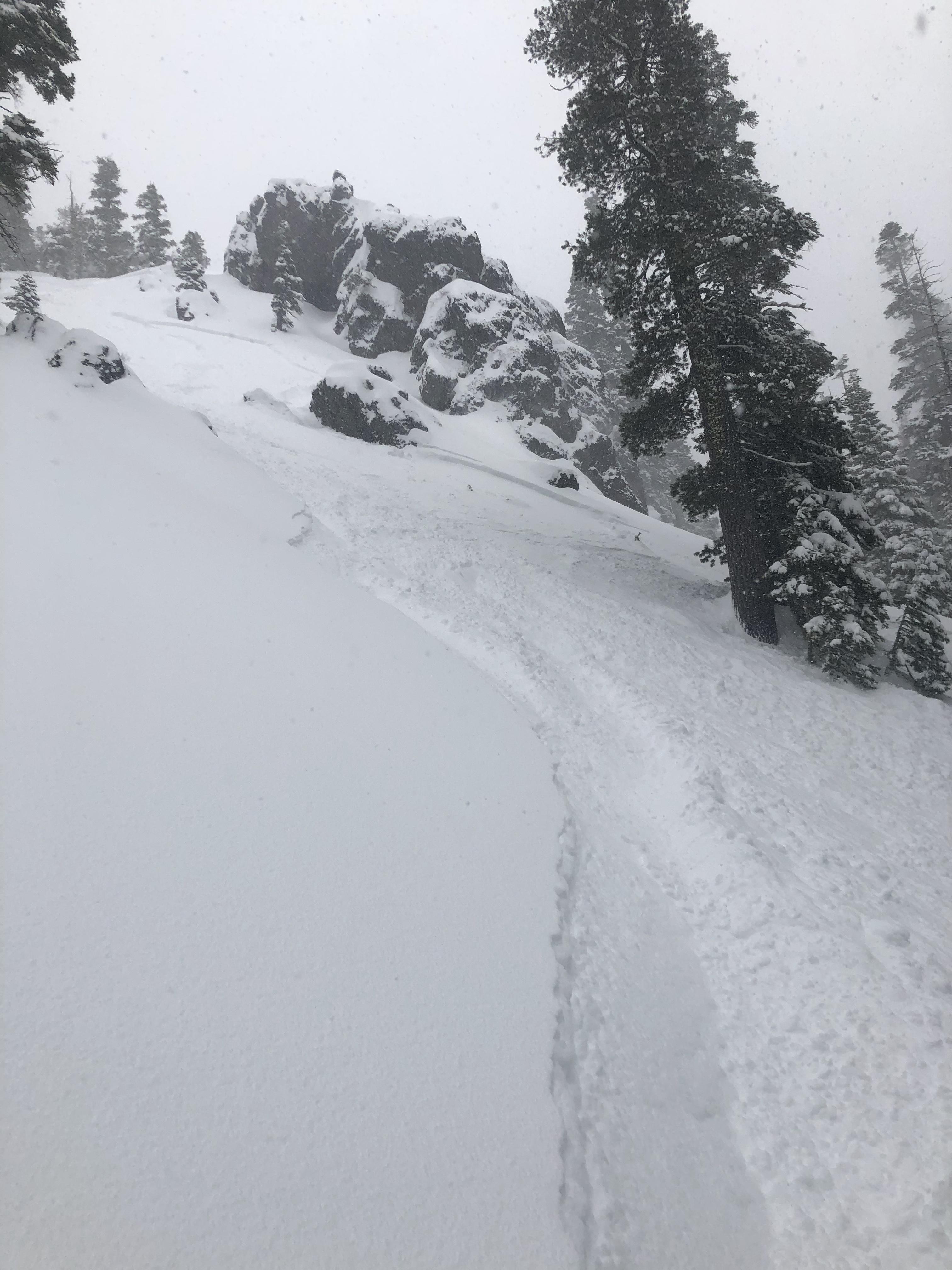 The storm deposited another 18 to 24 inches of new snow along the Sierra Crest in the last 24 hrs. East of Lake Tahoe sensors reported about 10 to 12 inches. Snowfall started to taper off early this morning and the winds decreased overnight. A mix of sun and clouds this morning should give way to snow showers this afternoon. Showery weather should continue through tomorrow. Light snow accumulations are possible today, tonight, and tomorrow.