People triggered slab avalanches 1 to 3 ft deep that broke on a weak layer of buried surface hoar yesterday. This persistent slab problem exists at all elevations. Unstable slabs of wind drifted snow may also break on this weak layer. People can still trigger persistent slab and wind slab avalanches today and they can still trigger them remotely from lower angle terrain. Choosing conservative terrain can help avoid getting caught by this unusual problem. MODERATE avalanche danger will continue.

Persistent slab avalanches remain a problem. These avalanches fail on a weak layer of surface hoar that formed prior to the recent storm. In sheltered areas, people have triggered avalanches about 1 ft deep. In more exposed areas where slabs of wind drifted snow exist above this layer, the avalanches have measured 2 to 3 feet in depth. Yesterday people triggered several of these avalanches. The avalanches propagated long distances across slopes and wrapped around terrain features. In some cases, people triggered them from a distance while traveling in lower angle terrain connected to steeper slopes. People recreating on slopes where this weak layer exists will still be able to trigger persistent slab avalanches today. This kind of avalanche problem is unusual for this area and it will take time to go away.

Open areas on NW-N-NE aspects at all elevations represent the most likely places to find this persistent slab problem. Avalanches could fail mid-slope or at the top of a slope. They could break above or behind the person who triggers them with very wide propagation or be remotely triggered. Manage your aspects and slope angles carefully and be careful with terrain to connected to steeper slopes. 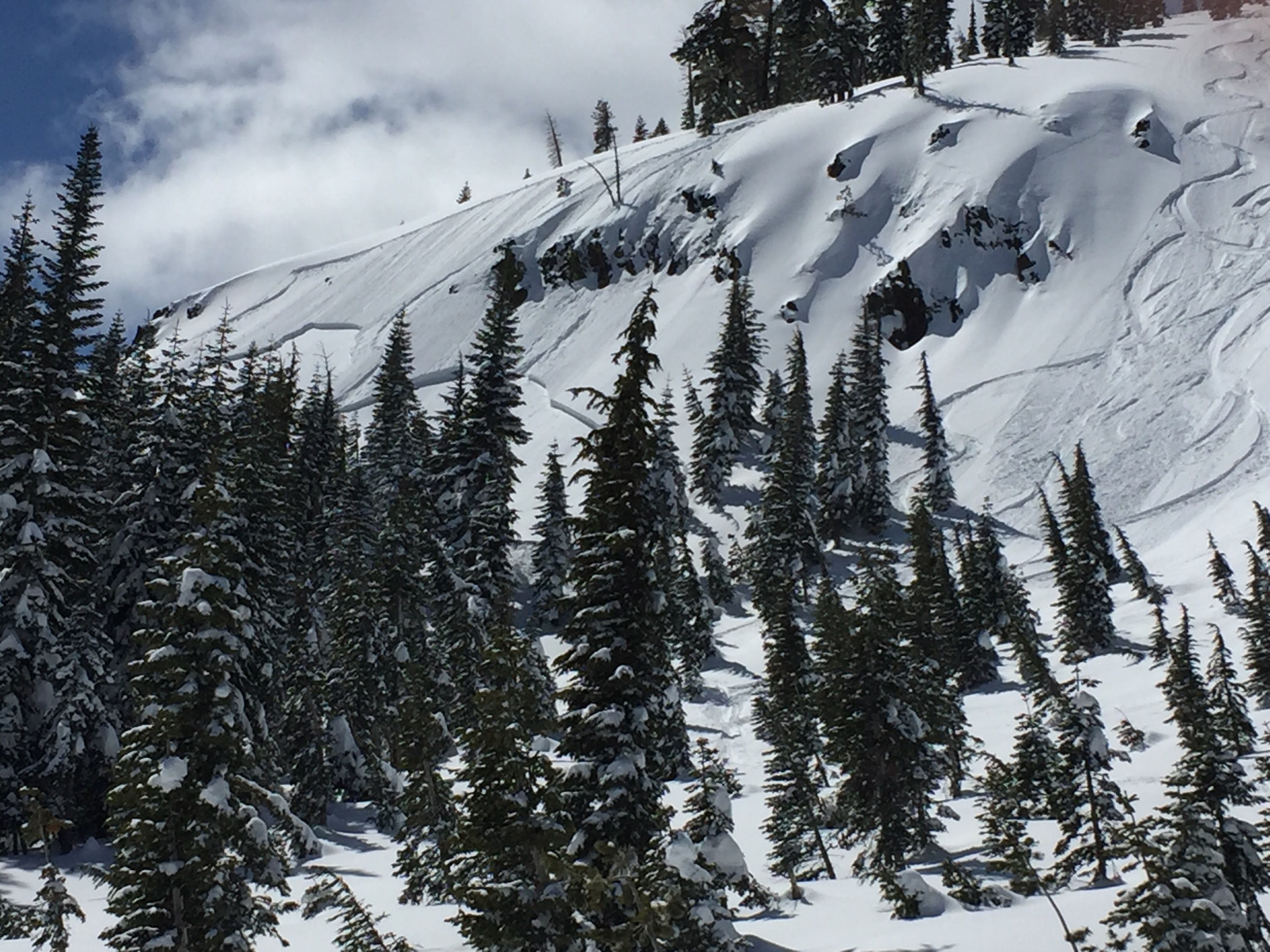 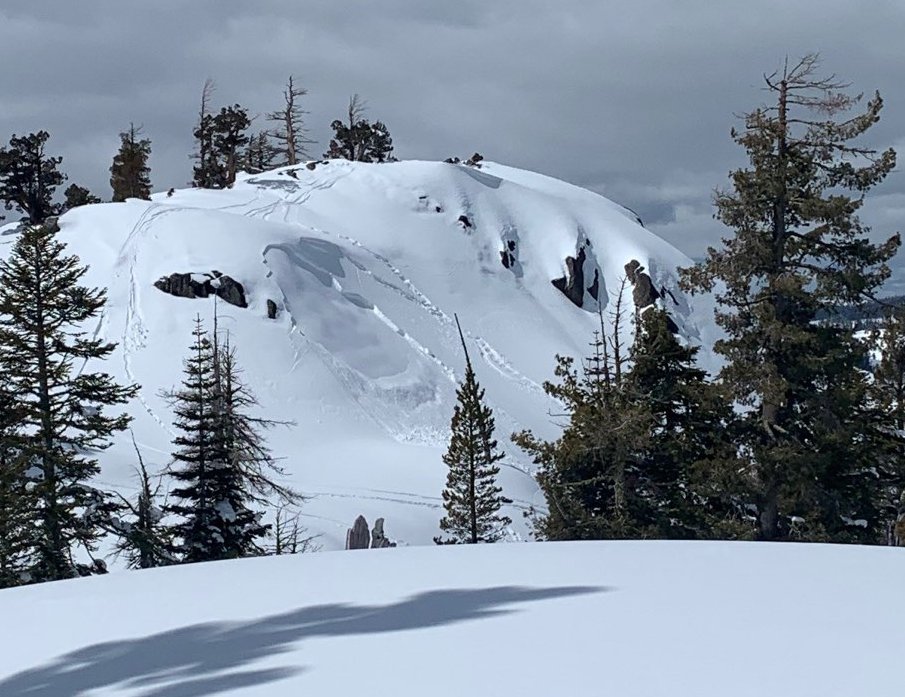 Unstable slabs of wind drifted snow also still linger on wind-loaded and cross-loaded NW-N-NE-E-SE aspects. In areas where these wind slabs exist on top of the buried surface hoar or a graupel layer, they will behave as the persistent slabs mentioned above. Human triggered wind slab avalanches remain possible today.

Look for built out cornices, wind pillows, and steep wind loaded terrain where unstable wind slabs are most likely to exist. Wind slab avalanches have been propagating wider than normal. Avoid areas below large cornices and wind loaded slopes. 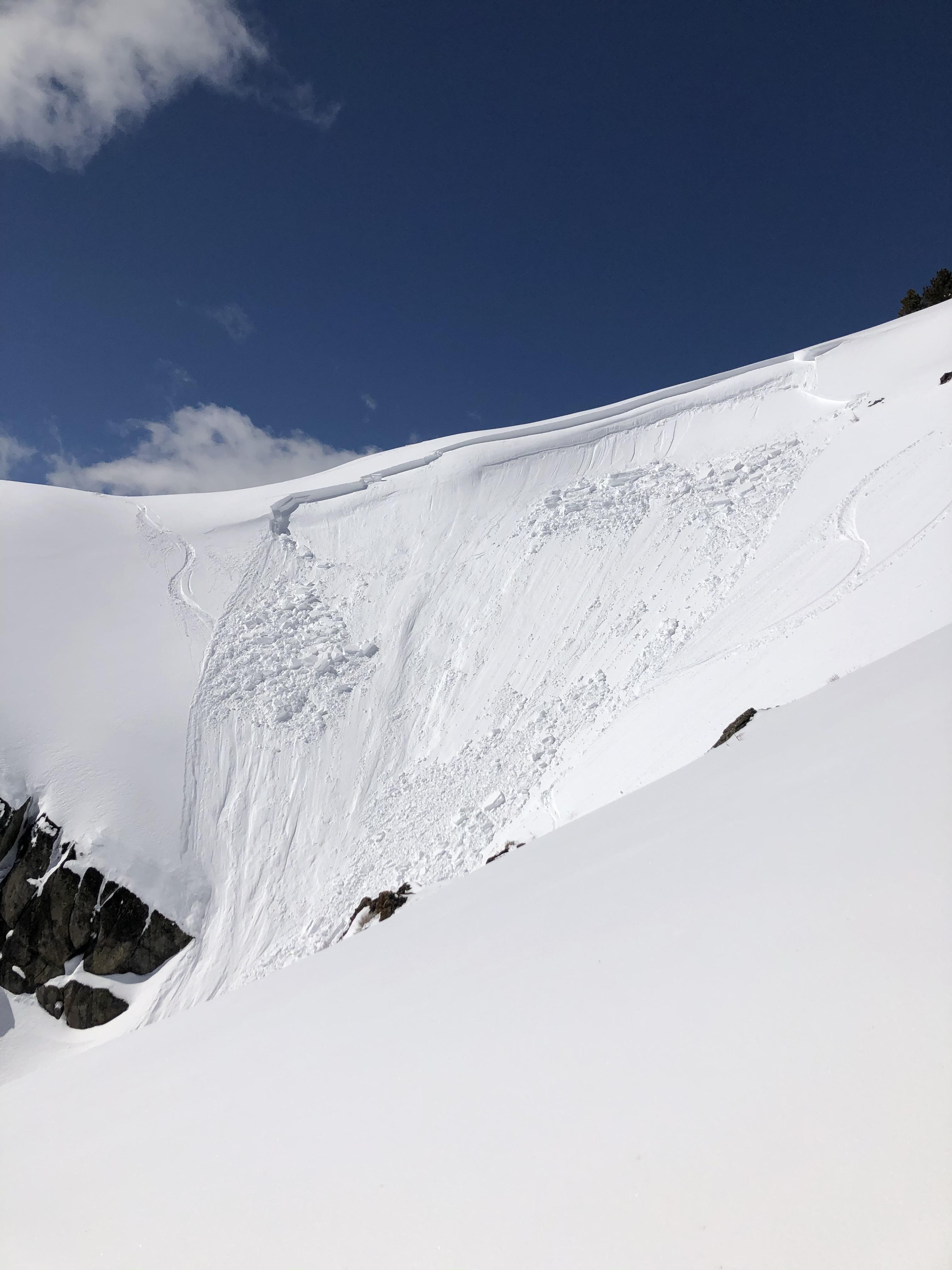 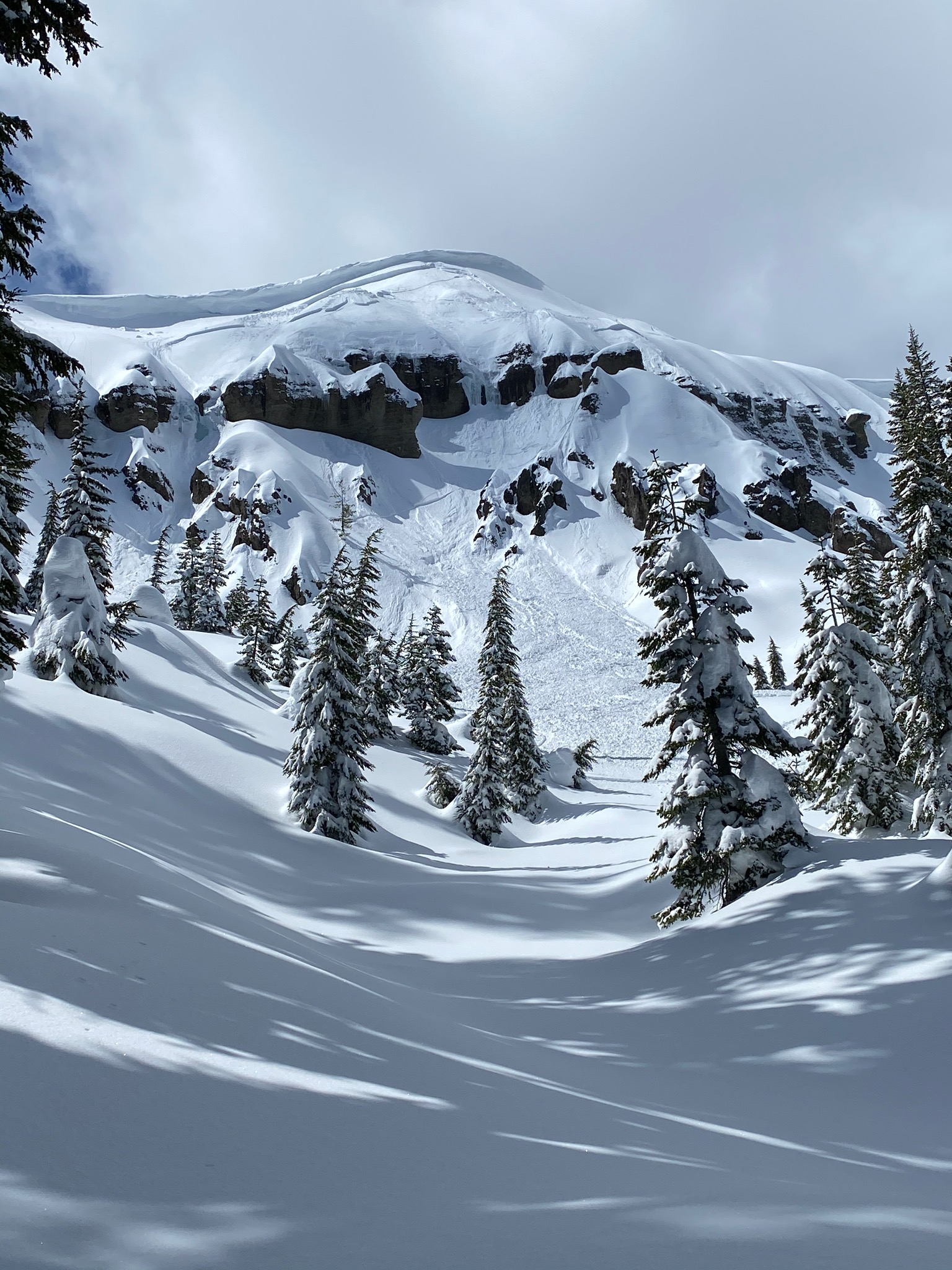 Several human triggered avalanches occurred yesterday. Observers reported avalanches in below, near, and above treeline terrain on Donner Peak, Mt. Judah, near Silver Peak, and on Anderson Ridge. These all propagated farther than expected across the slope. One was triggered from a lower angle slope adjacent to the avalanche. While no one was injured there were several close calls.

Observers also reported unstable test results on Silver Peak and Echo Peak on buried surface hoar.  Some minor cracking occurred on a wind-loaded slope on Chickadee Ridge and on a sunny warm slope near Echo Summit.

Warming snow was reported on southerly aspects near Little Truckee Summit and in Johnson Canyon.

A weak storm system should bring cloud cover to the area today. By this afternoon some light snow showers could begin. Snow showers should continue through the night before tapering off tomorrow. The forecast calls for limited amounts of snow with this storm with up to 6 inches accumulating by Sunday afternoon. This storm also looks like it comes with some light SW wind, but wind speeds should remain well below those normally associated with a Sierra storm.