Wind slab and persistent slab avalanche problems remain possible throughout the forecast area.  Early season conditions exist with a shallow snowpack and many obstacles.  Use extra caution if traveling in the backcountry with thin snowpack conditions.

Large dense wind slabs that formed during and after the storm may still be reactive to human triggering.  These wind slabs exist on NW-N-NE-E-SE aspects in near and above treeline terrain.

Look for previous signs of wind loading like snow surface wind scouring, built our cornices, and wind pillows.  Large cornices may still be fragile and could break along ridglines with large chunks falling downslope.  Limit exposure time below these corniced slopes and steep wind loaded terrain.

The weak faceted snow that formed between the Nov 7 and Nov 13 storms continues to be a concern.  While no avalanches have been reported, this weak layer still shows unstable snowpack test results in some locations throughout the forecast area.  It has been found in below and near treeline areas on NW-N-NE aspects above 8300' along the Sierra Crest and the Mt. Rose areas and more prominent at higher elevations.

This weak layer is limited to areas that were not wind scoured by previous NE/E winds in earlier November.  Cautious travel in these specific terrain areas or sticking to slopes under 30 degrees with no overhead hazard remain good travel protocols with any persistent slab avalanche problem.  Any whumping sounds, collapsing, shooting cracks, or recent avalanches would indicate unstable snow in the immediate area.

Unstable snowpack results on the Nov 13 facet layer were observed at Grouse Rock in the Ward Canyon area.  Snowpack tests were done at 8300' on a northerly aspect with multiple ECTP results.  Test results and observations were inconclusive at Castle Peak on Donner Summit.  The buried facet layer was reactive at 8300' on a NW aspect, but was not near 8800' on a NW aspect at higher elevation.  Other observations submitted showed the facet layer to be non-reactive or could not be found.

Early season snowpack conditions exist in the forecast area with 2-3’ of a dense snowpack above 7800’ along the Sierra Crest and above 8600’ in the Mt. Rose area. 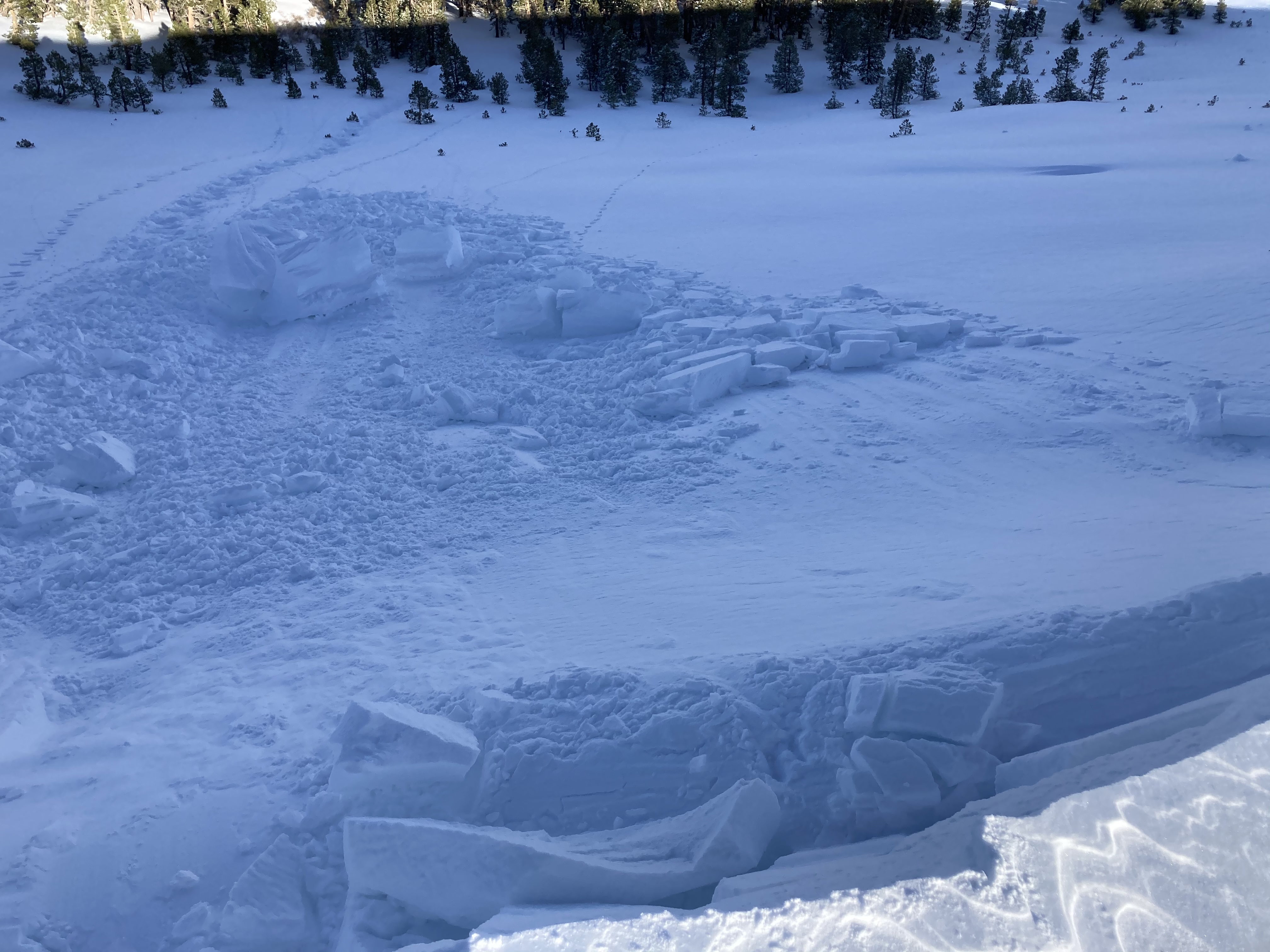 Quiet weather, with light winds and mostly sunny skies, will take us into the weekend.  Cold overnight lows with inversions setting up and seasonal sunny days are forecasted.  2 weak weather systems will pass by our area next week with limited precipitation at this point.